After both us and the motorbike legally arrived in Nepal, a feeling of lightness followed us on the way. And like the Universe wanted to show us that we are at the good place, a series of so beautiful events was coming. Simple beauties of life.

First, as we were passing by a field full of stones, we noticed lot of umbrellas. We were curious what was going on and stopped. Local woman were working on the stones, cutting them to small-small pieces. Was a delight not only to the eye, but also to the ear, like a rhythmic music of work. Together with that beautiful feeling around female communities. What one can find so often either in India or in Nepal. I took some photos, we shared some smiles and we continued our way, but in a different state of consciousness. 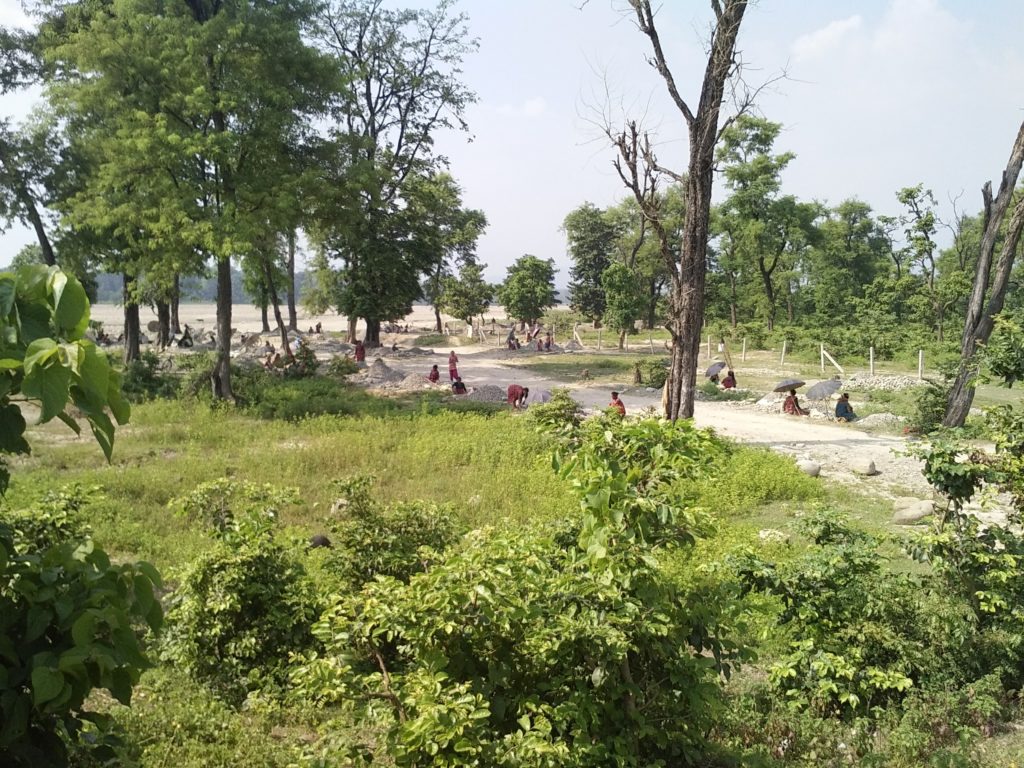 Another delightful experience was when we were looking for lunch and stopped by a small shop.

Well, in Nepal food is of much less importance than in India, you cannot find so many restaurants serving a variety of food, less places and less choice. But you may still meet nice surprises, like when you stop by a shop next to the road and even if they don’t make food, they nice local ladies are the happiest to give you some water and some big chunks of cucumber. Yes, in Nepal the huge cucumber cut into long fat pieces is one of the local snacks, sometimes plain, sometimes with hot chilli paste. Both amazing 🙂

As we were going deeper and deeper into Nepal, more and more small villages appeared by the road. Villages of cute little mud houses with straw roof. So close to nature, seems like a whole different world. Since we still didn’t have a map, we were not sure where the next town was and also, got so fascinated by those small villages that once my travel partner just asked whether I wanted to stop to have a closer look and maybe to spend the night in one of these houses. Was happy to say yes. We stopped and the first family by the road agreed to host us for the night. We didn’t speak much of a common language but still shared some really nice time together. 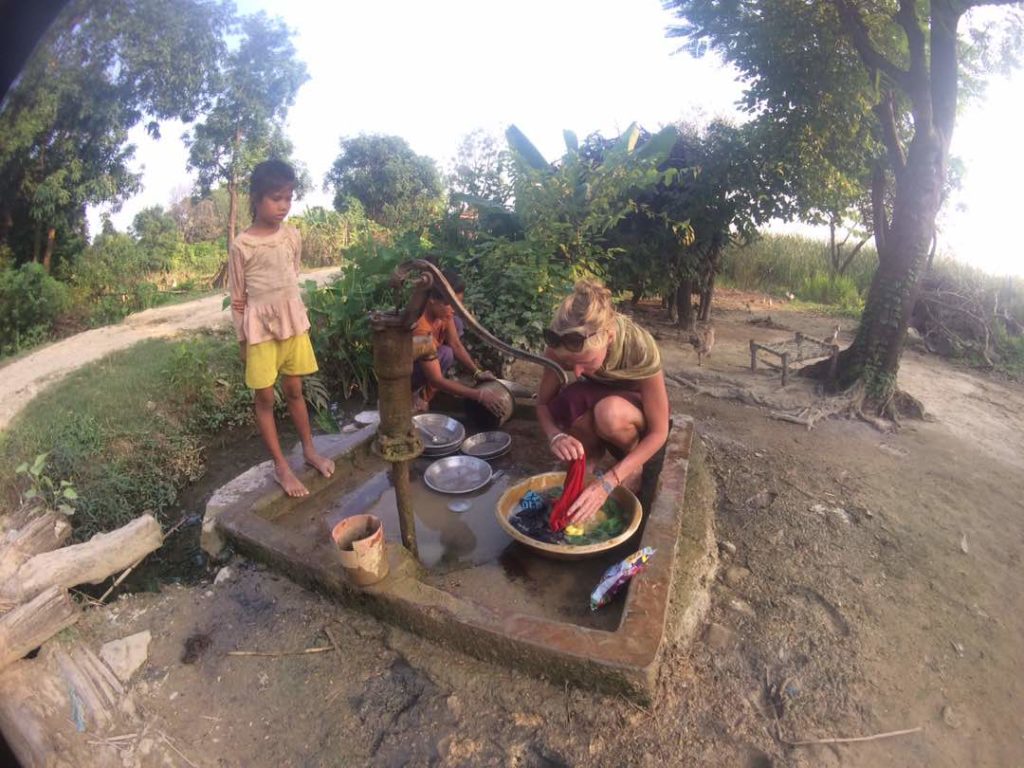 Washing my clothes by the garden tap while the local ladies are washing their dishes with ash, slowly slowly making friends with kids and those many-many animals around the house, little dogs, ducks, chicken, a goat and my favourite, a sweet little piglet 🙂 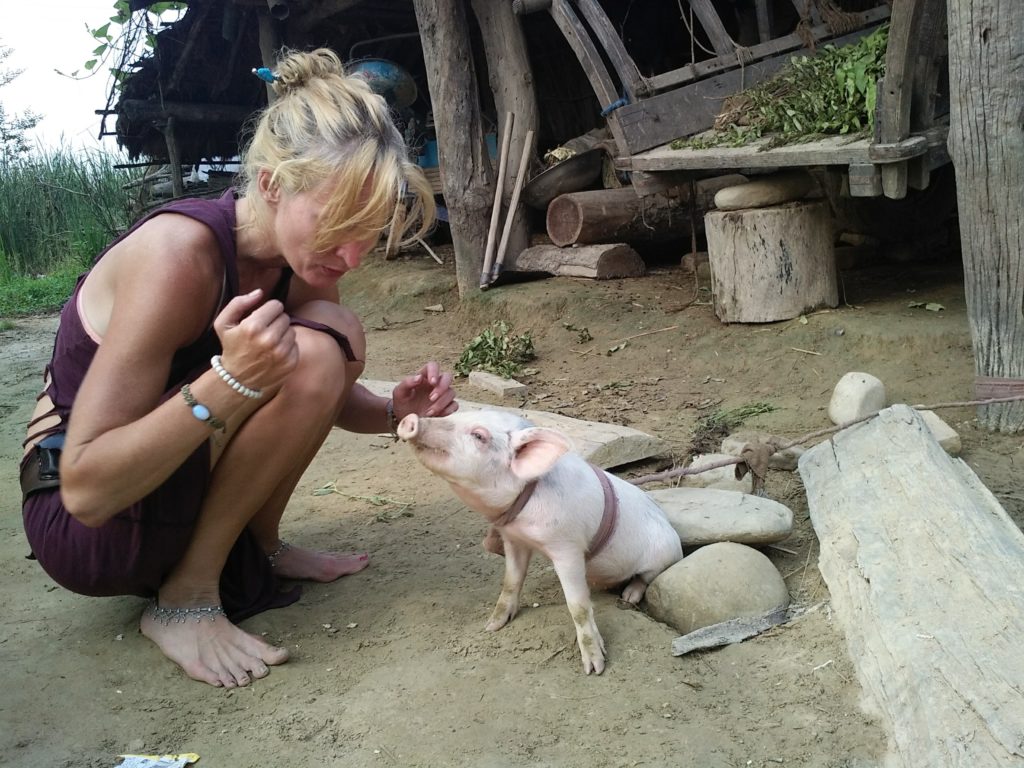 Before dinner, we took a walk around the village, learnt some info about the village from the ones speaking English, I was walking to a rice field first time in my life (before I was so afraid after I heard that in these rice fields one can easily meet snakes but time has come to get over this fear ;-)). I could finally see rice in nature from really close and even more… these beautiful old ladies working in the lush green fields, not much before sunset. 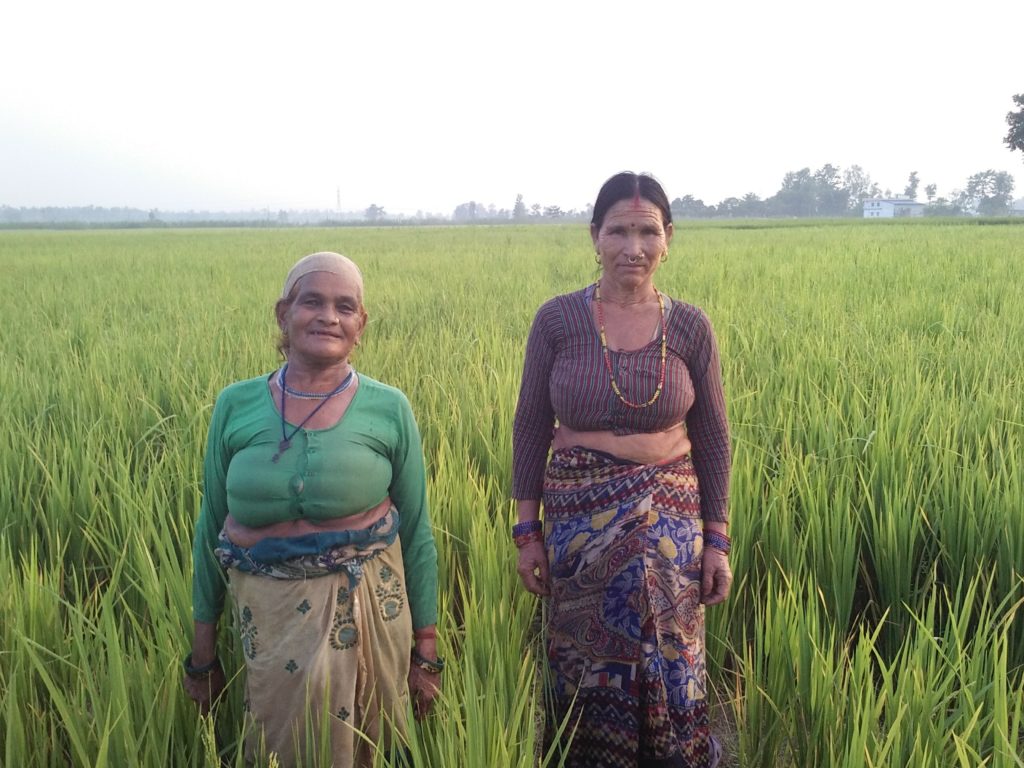 Our walk in the village must have been one of the biggest events on the week, everyone was out, kids saying hello a thousand times, and asking for selfie at least as much, This time we were happy to co-operate:-) 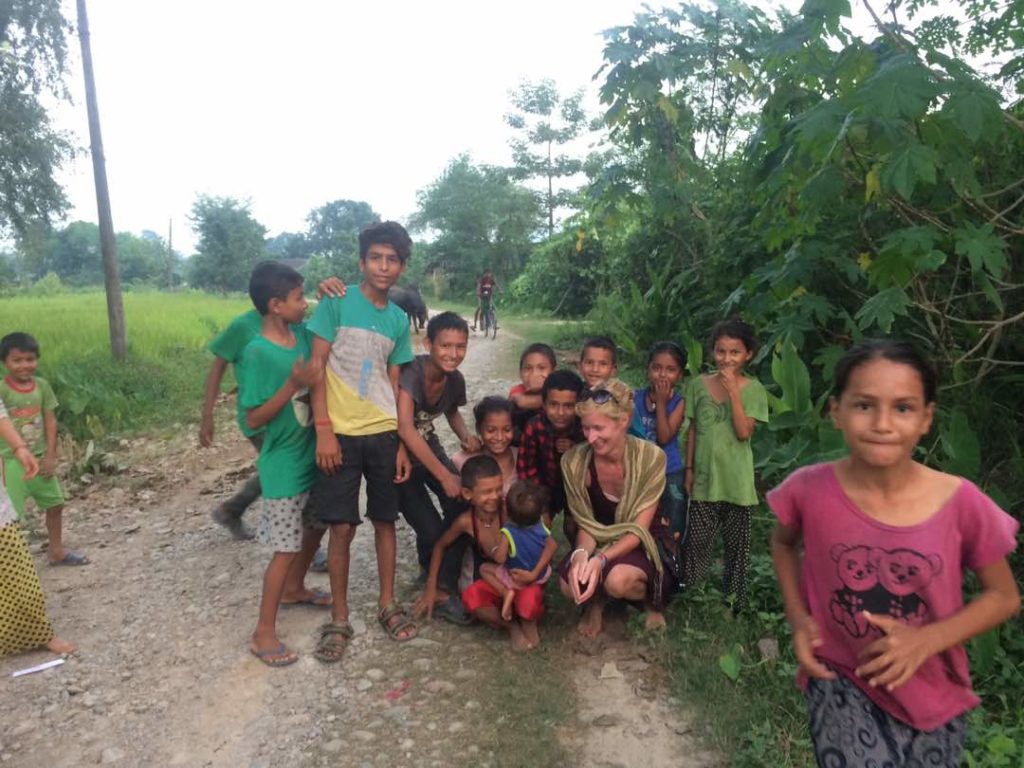 The family was first very shy but after a while slowly slowly started to open up. We offered them whatever we had: some dried apricots and biscuits, they offered us delicious dinner (rice, dahl and some sabji) served on the nice cool floor of their mud house and also a place to sleep. It was a bit of a challenge to convince them that we really want to sleep under the stars and not in the house, but at the end they accepted. And we had the most amazing night.

After dinner a new family member arrived, speaking some English. And once my travel partner revealed what is in the small guitar-shaped box attached to the motorbike. It was a ukulele. He started to play, we started to sing, whatever was coming, until everyone went to their rooms. And we were jut lying there, getting lost in the sky filled with stars, with the most various sounds of animals in the background, while appreciating that the dog of the family is there to take care of us;-). This was the point when I really felt that there had been no regret left in me because of the overstaying of my visa. I was here for a reason, to experience these simple beauties of life. And who knows what else is waiting for me… 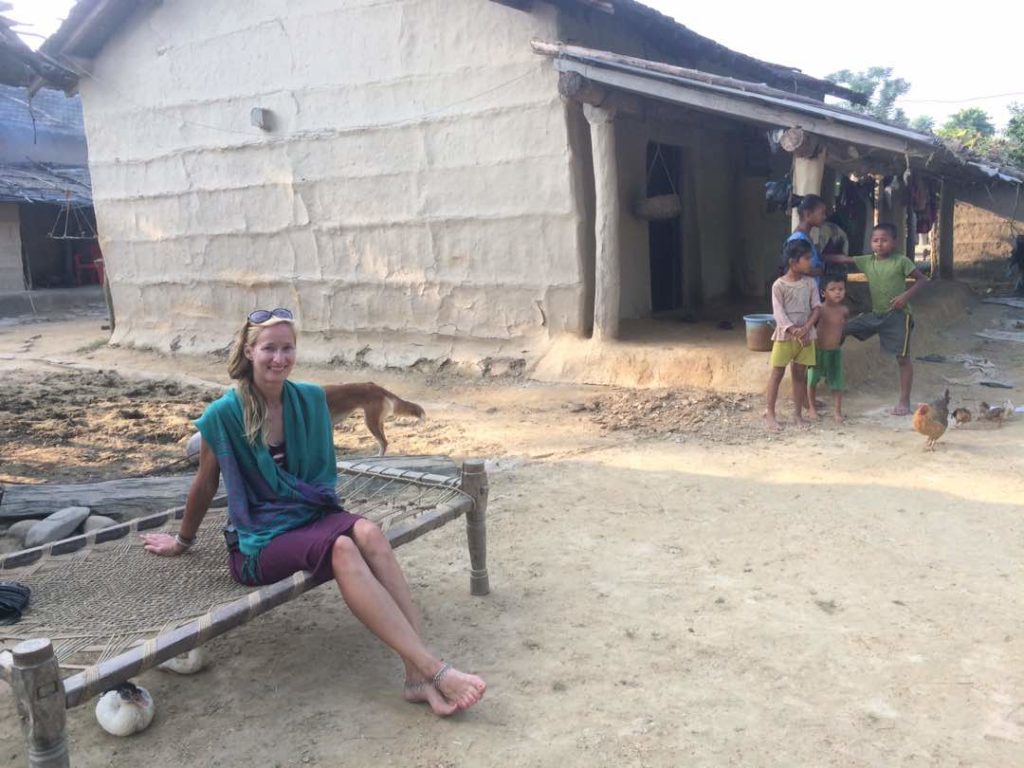 One Comment on “After arriving in Nepal – sleeping under the stars”