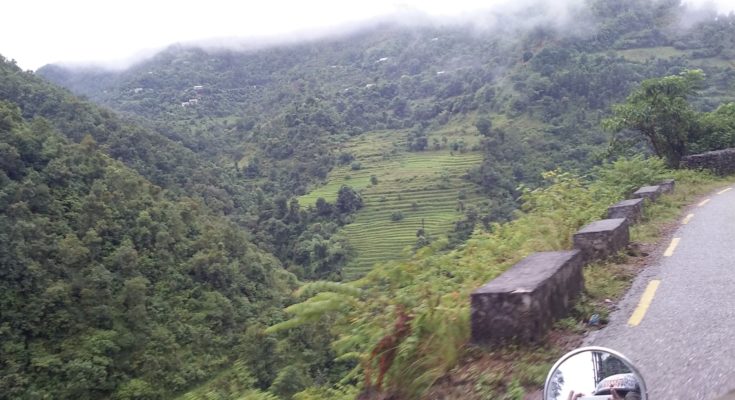 I have to tell that before I left for India, I could count on the fingers of two hands how many times I was sitting on the motorbike and even one out of those ten experiences was when my grandfather was just pushing the bike with me on the top when I was a kid, engine not started. 🙂 Then I arrived in Goa. 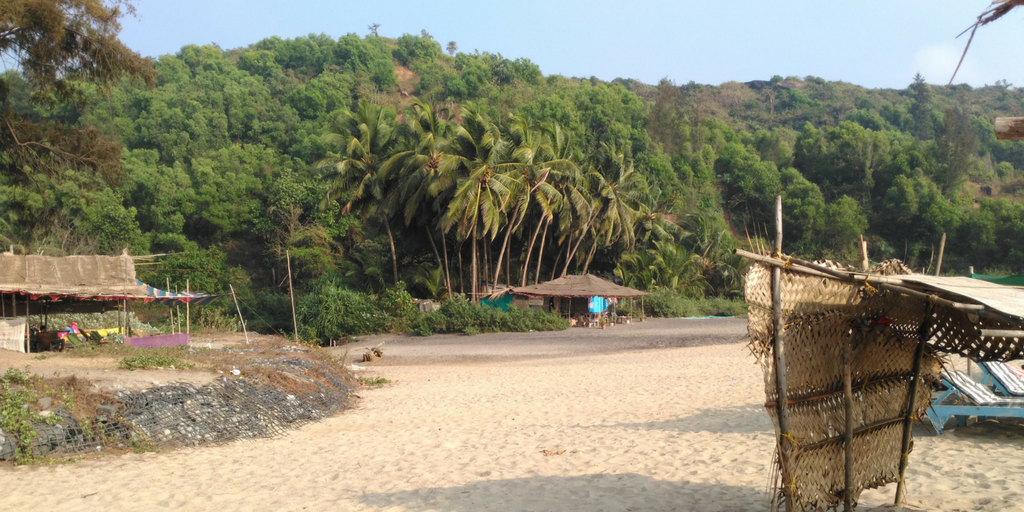 It all started like this: when I arrived at the airport in Goa, it came to light that the guy who was supposed to come and take me with a taxi, just had a motorbike accident. So I got into the taxi he sent for me and he told the taxi would take me to a big junction where his friends will come to take me with a bike. After arriving there, a guy soon showed up looking like the one he described. So I hopped on the motorbike behind him and after a minute he told me he was just on ketamine (a substance used to soothe horses and alter human states of mind).  I didn’t know much about ketamine but soon felt a wave of fear. At the same time I also felt that the guy is fine, controlling the situation and we arrived at our destination in a few minutes. And this is how my motorbike avdentures started in Goa.

In Goa I was sitting on 5 motorbikes behind 5 guys and well, none of them was totally sober. Maybe the top was when one of the guys as so drunk that he fell asleep in the restaurant where we stopped to fulfill our energy stock after the party lasting until late morning and I could hardly wake him up. After keep trying for 1-2 hours he woke up and we were hopping on the bike. Was I scared? How the hell I wouldn’t have been. 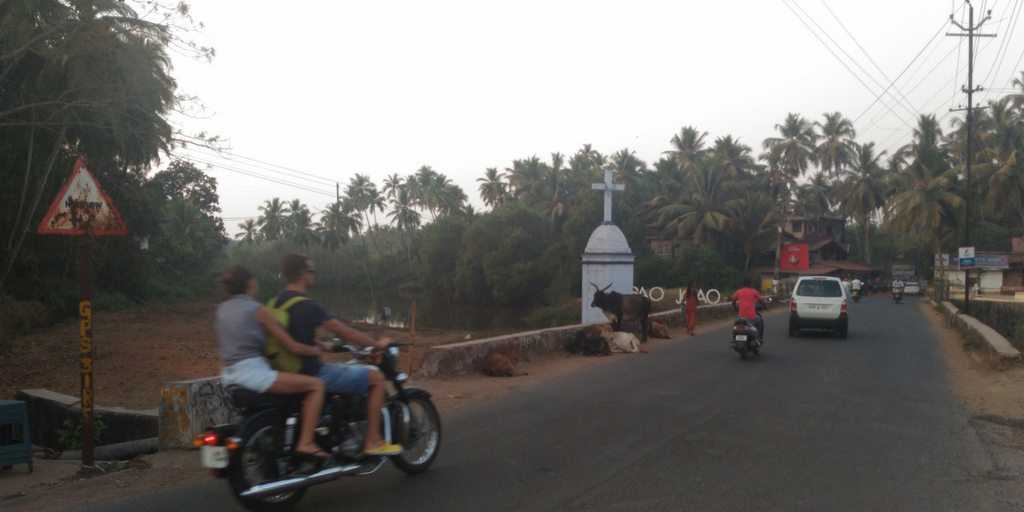 But I started to evaluate the situation as soon as I arrived in Goa: most of the party places, just as the nicest beaches with cleaner water are located a few 10 kms away from the town we stayed at so I had the following options: I either take a taxi (which seemed quite expensive as a female traveller with only 1-2 week experience in India and also not too secure and would also mean that I arrive in the parties on my own because everyone else opts for riding a bike), I will ride a bike myself (considering that I have zero experience on the bike and on the streets almost everyone is either drunk or high on some other substance, this option was not too tempting either) or I just try to trust the guy riding my bike and try to make him feel my trust through my calm supporting energies. The truth is that all in all I experienced it was not especially difficult to radiate the energy of trust to the guys who were not scared on the bike.

In later periods of my travels I was sitting on a lot of motorbikes behind a lot of guys and there were only two of them with whom I didn’t feel myself secure.

One of them was my host in Bangalore. The back seat of his cross bike was like a symbolic seat only. I had an interesting experience with him. One Sunday we were planning to take the bike to Nandi Hills near Bangalore. I was quite uncertain about whether I can trust him on the curvy hill roads but before our scheduled start he had to arrange something and had a small accident, so at the end we didn’t have the planned ride to Nandi Hills. He didn’t have any serious injuries. The Universe helped us in this case. 🙂 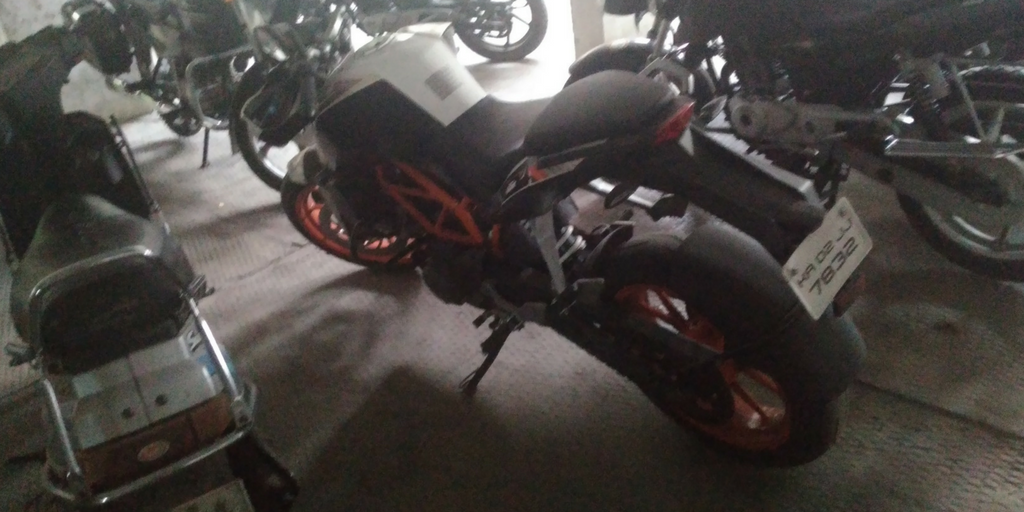 The other one was a friend, with whom I met so many times on my way, sometimes planned and sometimes just out of the blue. When we met for the second time in Hampi, one day he took me on a trip on the motorbike where – if it wouldn’t have been obvious just by sitting behind him and feeling his energies – he told me he is quite scared of motorbikes. When we met next time in Delhi and once he offered to take me somewhere on a bike, I said a straight no.

And my favourite bike experiences. There are 4 🙂

Aw, the first one… When we were riding a bike with the young man sweetening my days in Rajahstan in the old town of Udaipur, in so narrow, steep and curvy streets, in which I am sure I would have just walked with a bicycle. And he was riding with full-power self confidence, making space among the people passing by just by using his horn. He was the one, who told me that on a motorbike you don’t need a reverse-view mirror because it is only distracting your attention and there is no need for helmet because it is only limiting the peripherial vision of the rider. And he was the one, with whom once we got into a huge thunder storm on the motorbike. We got totally soaked, I could hardly see anything through my wet sunglasses. He didn’t see much more either. And we got out of this situation without the smallest injury. The only loss I suffered was that I lost my angel-shaped larimar pendant, with which I surprised myself for last Christmas.

The second one.. When the Russian gentleman who was entering my life through a night of dancing in the Himalayas, a month later came to me to Punjab to take me to Amritsar. We were riding the bike almost all night long, meantime we stopped to dance by a bonfire next to a small river/channel. A week later we hopped on the motorbike again when we went to Riwalsar in the Himalayas, where we got into a huge thunderstorm. I still remember that night, before it started to rain, there were lightenings vibrating in the sky, continuously for at least an hour. Was so beautiful. When it was raining very heavily, we stopped for a while and then we took the last section of the road which was in such a bad condition that it may be hard to imagine for someone used to European roads at a speed of cc 5 km/hour. On our way home we were even skidding once on the wet road covered with tiny pebbles but since even while skidding it didn’t even cross my mind for a second that I shouldn’t give total trust to this gentleman (who was representing pure male energies for me in India), I didn’t even shake for a moment and he could hold the bike which was just about to fall.Now he is in Goa, just recovering after his motorbike accident but when we were travelling together, were always safe. 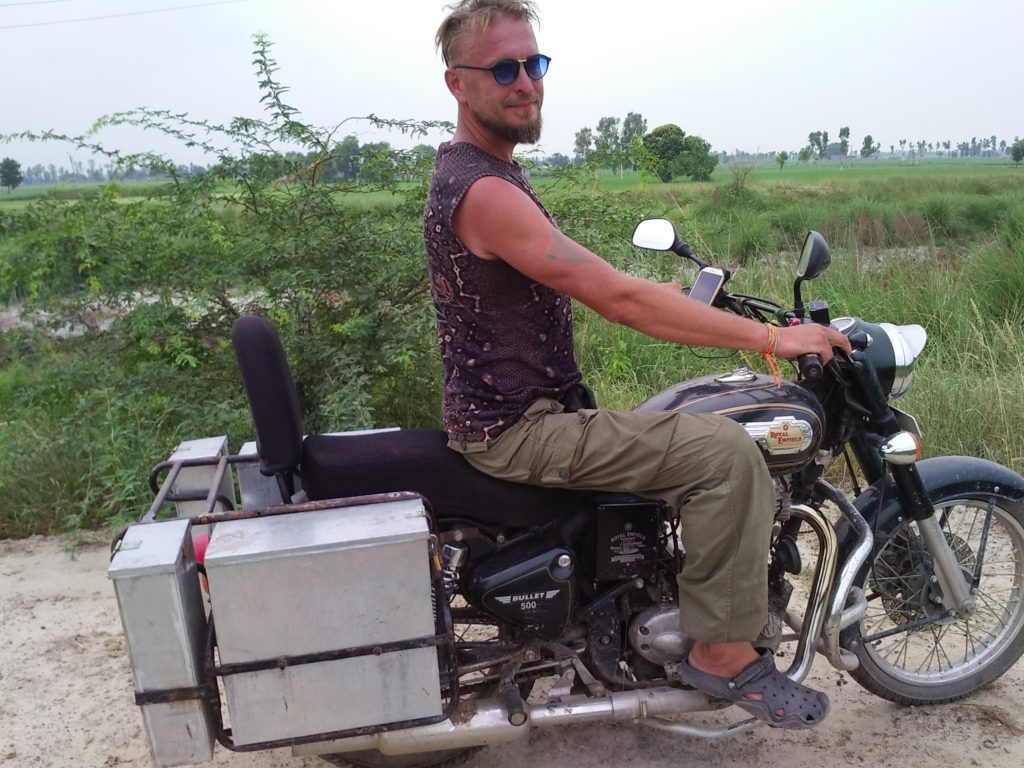 The third experience… what else could it be than my way to Nepal with the Malaysian gentleman, who I met a few days before we left. This was one of the most spontaneous decisions of my journey and also the biggest challenge of trust. And was bringing so many gifts to my life, about some of which I was already writing. (for one of the old stories, click here) Among so many others, it was him, with whom I crossed the widest river ever on a motorbike when we arrived in Bardiya National Park. 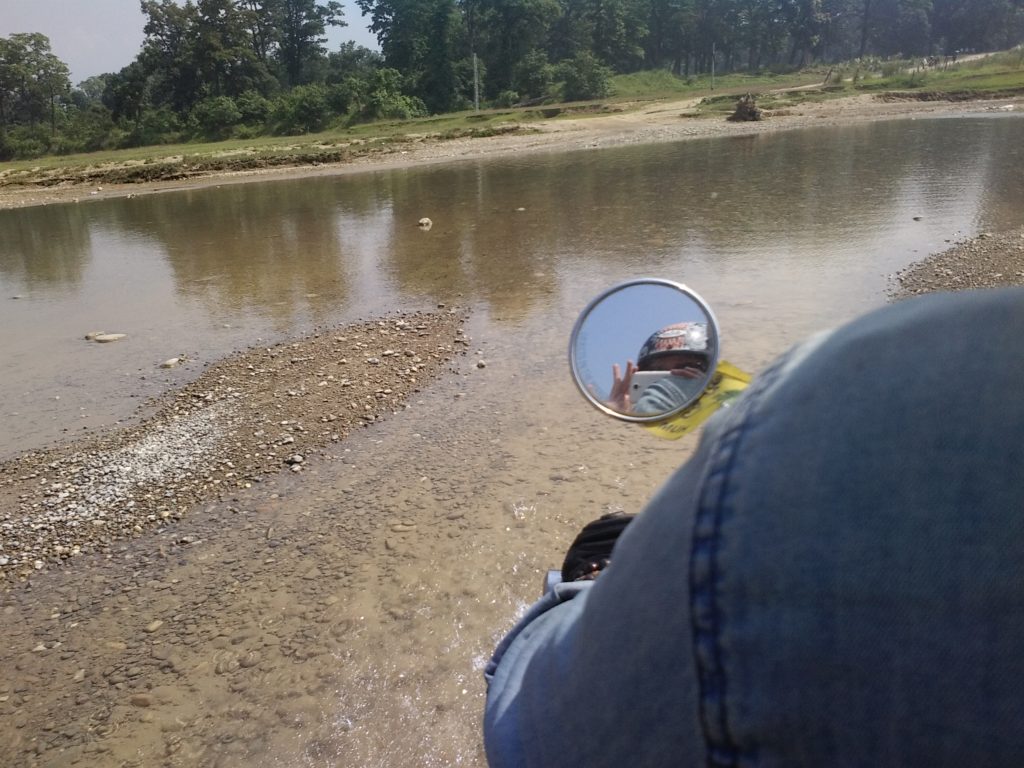 And the last one… when I arrived in the Himalayas for the third time and I wanted to reach my friends’ guesthouse and just a few hours after I arrived, a friend offered to take me on his motorbike. The road leading to the guesthouse near Malana is probably the worst, steep, curvy, inclined road in the region, covered with dirt and pebbles. In May I was even afraid to travel on this road in a car and then in the beginning of October I took this road on the back seat of an off-road motorbike with my 17 kg backpack on my back. Along wih the wonderful experience I realized it the day after that I also pulled a muscle so badly but really don’t feel the need to complain.

All these experiences were teaching me about how to live my life less limited by my fears. So grateful for these teachings <3