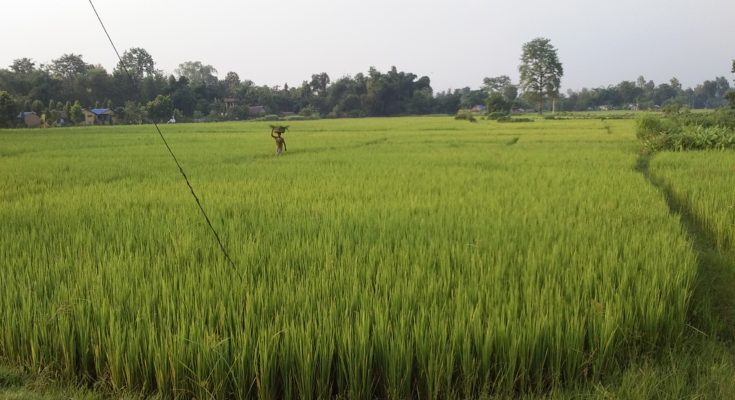 In the village where we stayed the night before (see this post), someone suggested that there was a nice national park nearby, at Bardia. Next morning we headed towards Bardia in that little part of Nepal which is flat, before the Himalayas would start.

After a few hours we reached the sign for the national park. Turned in and got deeper and deeper in the tropical site, crossing a small river (with no bridge), passing by villages and finally arriving at a resort, where we booked a small bungalow for cheaper than that shitty guesthouse a few days before, by the border(see this post). 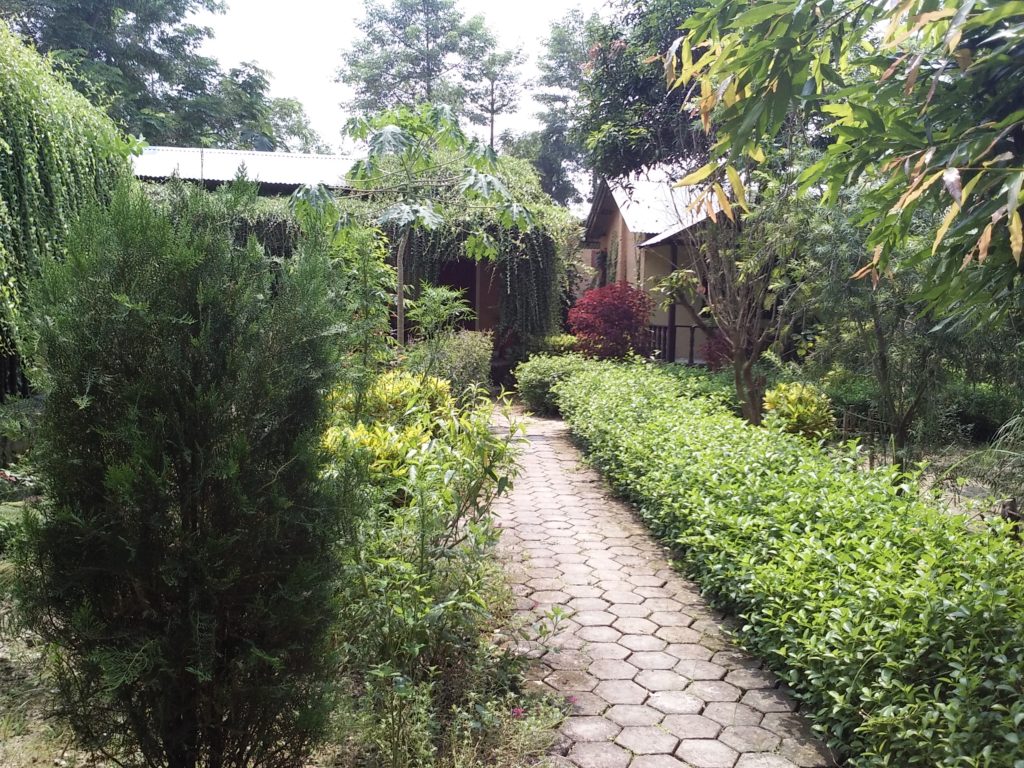 After spending so many days on the motorbike, arriving here was like arriving in heaven. Charming rooms with a clean (!) bathroom and a small balcony to chill, a garden where I can practice yoga in the mornings and hang out my laundry (finally), and nice food.

We didn’t decide in advance how long we were going to stay here and ended up resting for almost a week. What happened during this week? Actually not much, and still so much. We were just resting, writing, walking in the village by the canal where sometimes buffalos were chilling, showing us what is the real high-life, sometimes local people were having their bath and washing their clothes. 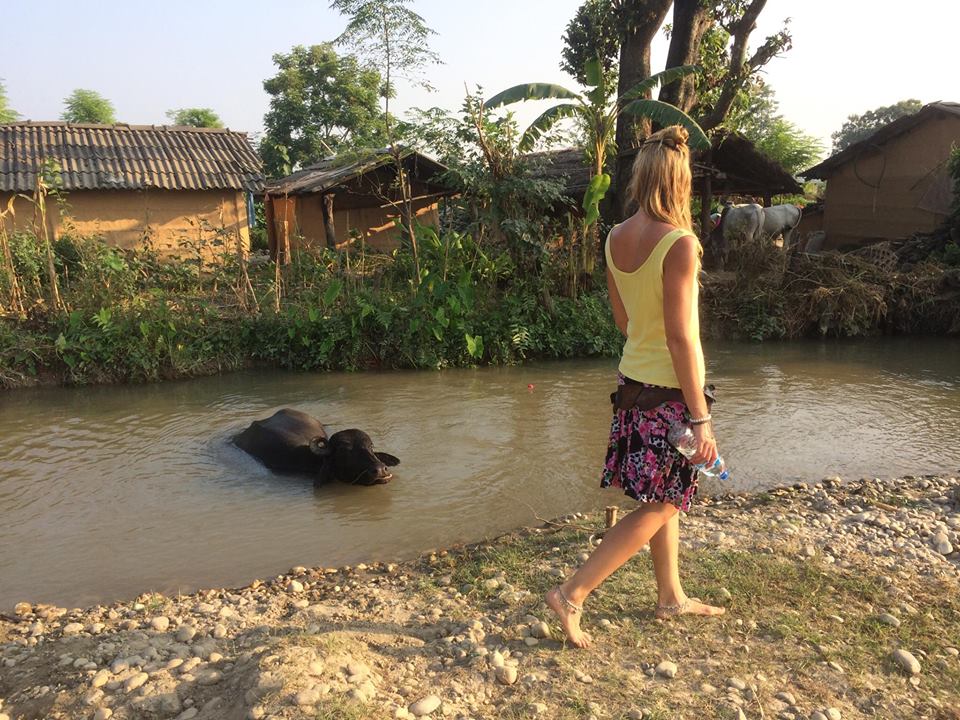 We were socializing a bit with the only foreign tourist who arrived at the same time like us (the season just started at this time, after the monsoon), and with some of the locals, including a guy from the UK, who fell in love with Bardia a decade ago while travelling in Nepal, and decided to stay and open a resort.

This is how we got invited for a burger dinner at one evening. I was pretty excited about the dinner because this was something I have missed during the months of travelling and also I was responsible for the vegetarian burgers. It was an interesting experience, another occasion when Life was teaching us how to practice acceptance. When we arrived, there was no electricity, so I started to prepare our dinner in a dark kitchen with some candle light and a young Nepalese guy giving me light with his phone. I also got a few tiny cucumbers which I already knew from Punjab, often used for making chutneys. The guys working in the kitchen assured me that I can make a chutney even if there is no electricity, in the garden. I was guided to a place where there was a big tile with a brick on the top. So I started to smash the ingredients, using the brick. I was fascinated by this natural, old school way of making chutney….until I started to sweat like crazy. Was better than a work out.

The next surprise was that our host forgot to buy bread for the veg burgers, so we ended up having “nude burgers”: some potato patties (something like hash brown, which I made for the first time), eggplants fried with some garam masala (was an amazing combination), roasted paneer (that mild Indian cottage cheese), salad and some chutney. Everyone liked it 🙂 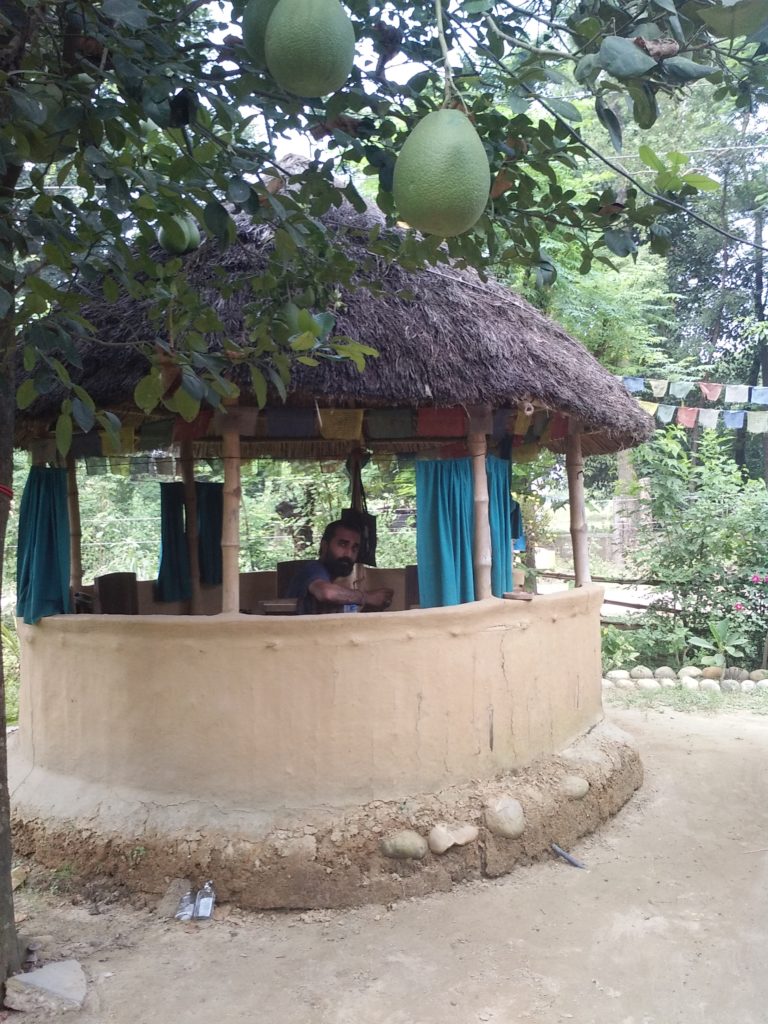 And I liked the atmosphere around these resort owners in Bardia, all devoted to animals. Most of the stories around the dinner table were about their meeting with snakes and other wild animals. Once we also met a snake by the canal, but by this time we got a bit educated about snakes, so seeing the shape of the head I could tell it was not a venomous snake 🙂 And just to show how easily opportunities may open to us in life….we were talking with this UK resort owner about how nice it could be for him to host some volunteers in his resort and now I know that whenever I decide to spend some more time in Bardia, I am welcome to help in his garden, giving yoga classes, etc. 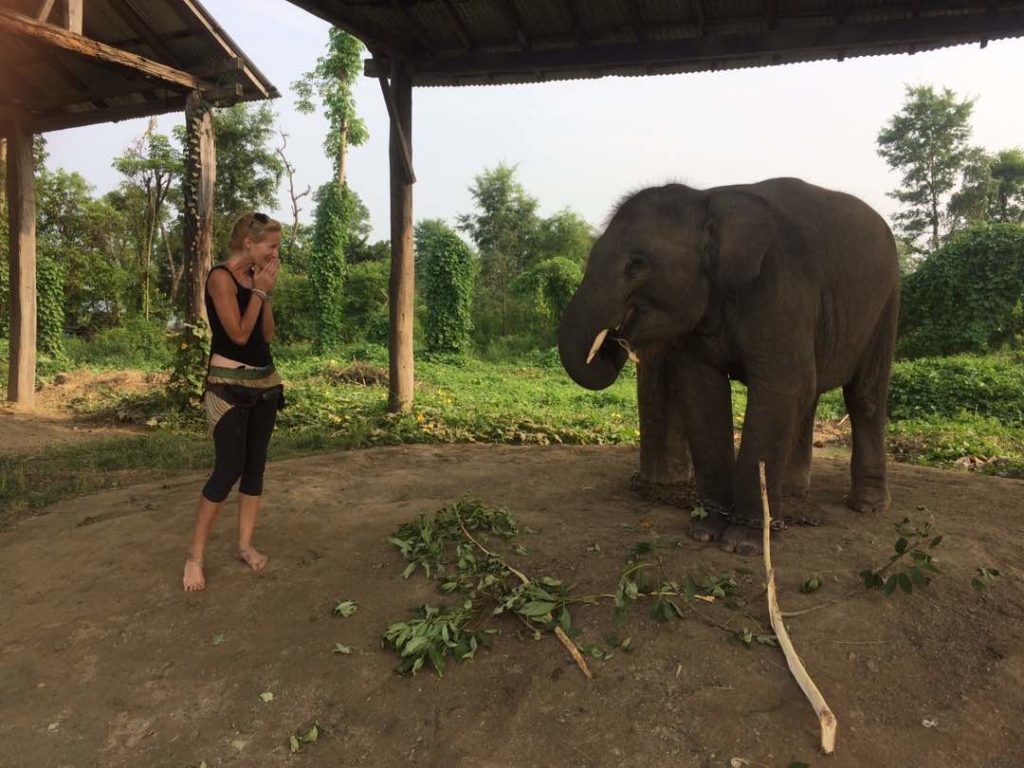 Another nice experience was when we visited the elephant breeding center, right at the time when the elephants were coming back from their daily visit to the jungle. Like usually, about the best moments I don’t have photos. But yeah, we were feeding a “small” elephant with an apple and a pomegranate also. This elephant was 4 years old, cc the same height as me 🙂 Here I also assisted my travel partner to take some photos, while he was working. Well, I couldn’t be much farther from a professional photographer, but took some photos which he can use. 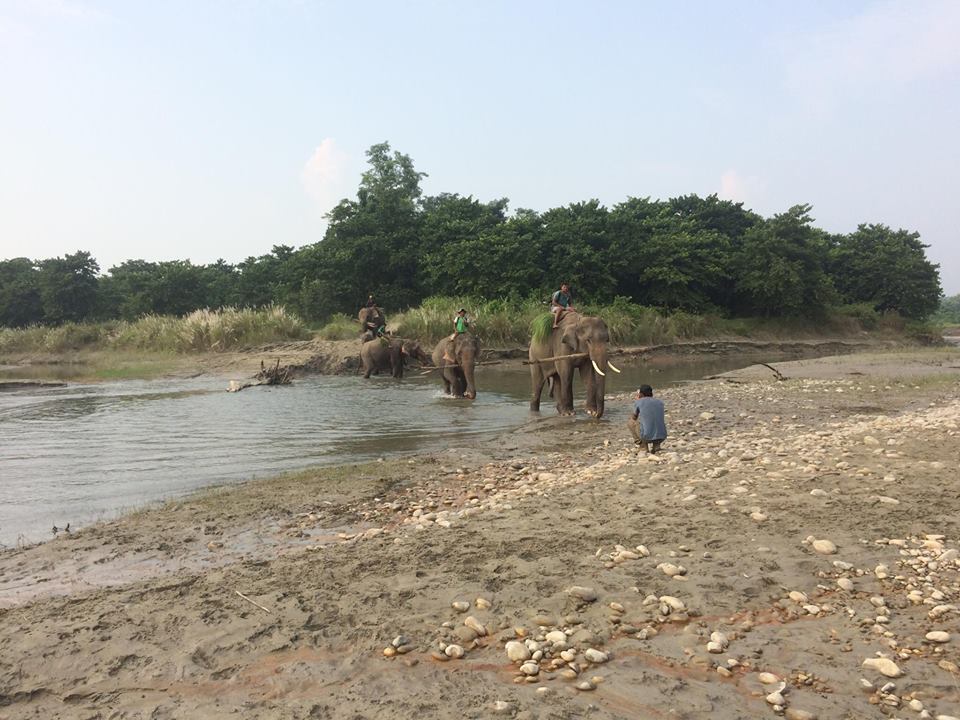 After 6 days in the jungle heaven (which was also the name of our resort), we jumped on the motorbike again, continuing our way towards the Himalayas. <3